More info about Monoqool or TAVAT?

You can find it here! 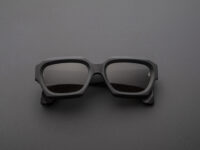 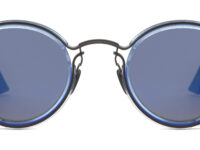 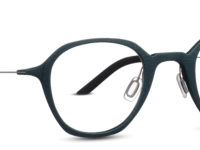 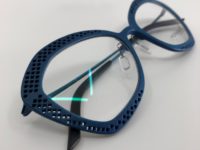 TAVAT's designer, Norman Schureman, proposed the first ‘SoupCan’ idea while he was working on the first TAVAT Airman collection.

When Norm visited a friend in Arizona, a friend who designs and flies airplanes, he noticed an old poster in the hangar. The poster was an ad about pilots in America that sprayed fields in the ‘30s. These pilots began putting on air shows in the weekend under the name 'The Flying Burritos'.

Norm saw their rugged glasses and imagined that they were cut from soup cans. That gave him an idea right away.  After a lot of studying, it resulted in a completely new method of making glasses.

The lenses are held in place as they either fit into the groove of their all-metal version or withing the acetate eye rim within the combination models. The whole construction consits of three pieces of metal, which have been hand-bent, and is held together by high-quality watch crowns. 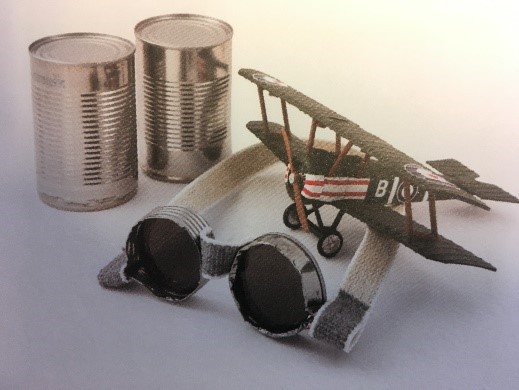 A hat-trick for optovision! After 2016 and 2018 optoVision GmbH wins the ‘best lens manufacturer 2020/21’ award in Germany for the third time in a row.

Receive our ten tips to keep your lenses and frame clean.

"You seek out the calm in the chaos, and enjoy the clarity it brings. Everything in your life has its place, and meaning. Always searching for more from less, you make decisions with care, and use technology to refine your everyday. The products we’ve chosen are as simple as they come - stripped to their essence, to bring out their beauty."

"It is our modest goal to become the worlds most innovative eyewear company. Designing the most comfortable, lightweight and wearable range of glasses is on the top of our agenda every day."

"For Munic 'Frame your personality' is more than just words. It represents the standard for innovative design, high-quality materials and harmonious forms. The results are equally modern and timeless glasses that emphasize, but do not overshadow your personality."

Vision Company in cooperation with TAVAT and Monoqool chooses only to collaborate with independent opticians. With innovative and iconic frames, we will give the large brand names a good run for their money. We will work together to guarantee the highest quality service. Are you interested in TAVAT and/or Monoqool? Contact us for an appointment without any obligation.

A picture is worth a 1000 words. We are here to help you with that picture – from brochures to stickers with a story.

We guide, coach and prepare you for today’s business world – fun sessions focused on your profession.

Ten tips to keep your lenses and frame clean.

Thank you for signing up!

Get your wishlist by E-mail.